A BELUGA WHALE IN REYKJAVÍK HARBOUR? 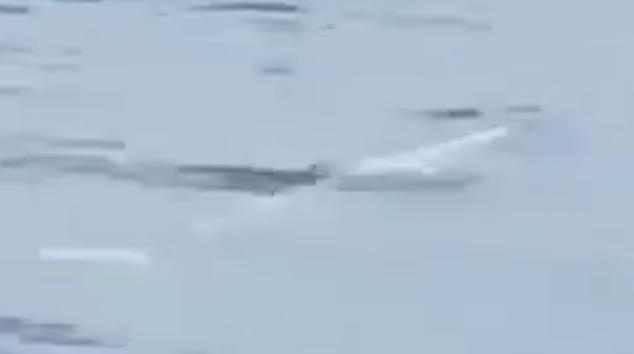 A BELUGA WHALE IN REYKJAVÍK HARBOUR?

A very rare sighting of what appears to be a BELUGA WHALE inside the Reykjavík harbour today!

This species is one of two members of the monodontidae family, along with the world famous narwhal, that mainly live in the oceans around North America, Russia and Greenland where they are perfectly adapted to life in the Arctic.

Belugas are highly intelligent animals and are easily identified by their unusal characteristics. They have white stocky bodies, bulbous and prominent heads and the lack of a dorsal fin makes them stand out from any other species!

They are not too common around Iceland so this is a very special and quite unusual sighting..