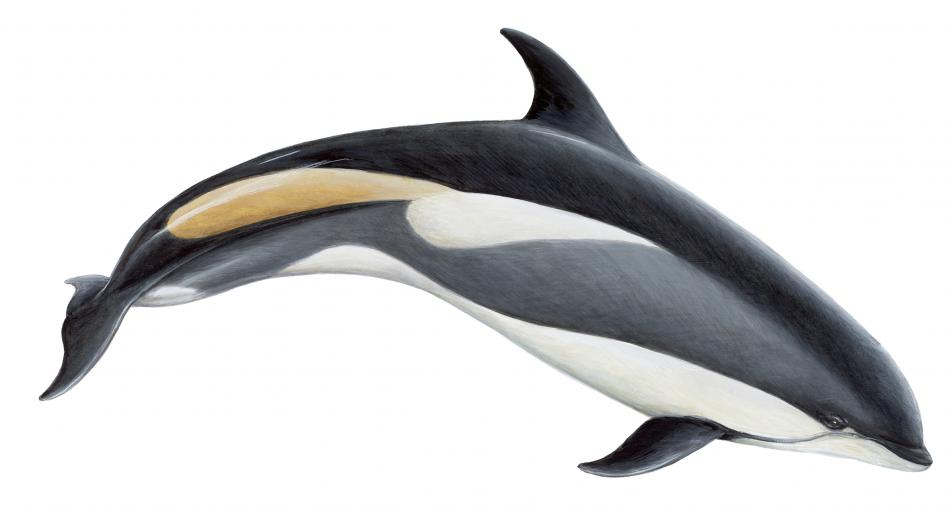 This species is endemic to the temperate waters of the North Atlantic Ocean, but is not seen often on our tours.

It can be easy to mistake Atlantic white-sided dolphins for the closely related and more commonly observed white-beaked dolphin but the former is somewhat smaller and the back, fluke, flippers, and dorsal fin being black while their belly is white. Up close it is possible to see the identifying features of yellow and white stripes and spots on their sides.

Atlantic white-sided dolphins are highly social and playful animals. They can be observed engaging in acrobatic activities, such as lob tailing and breaching. They are often seen in association with Long-finned Pilot Whales (species we saw them with in 2012), Humpbacks and even fin whales.