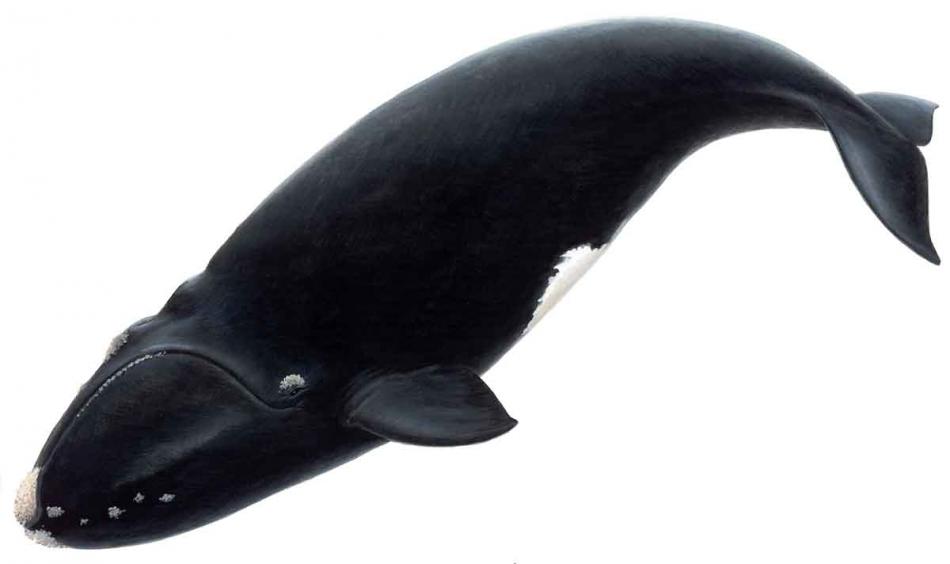 The northern Right Whales are the most endangered whales in the world, a slow reproducing whale that has shown little increase from extensive whaling.

They are baleen whales and one of the species belonging to the genus Eubalaena, all of which were formerly classified as a single species. Adult North Atlantic right whales average 13–16 m in length and weigh approximately 40,000 to 70,000 kg, the females are larger than males. Forty percent of a Right Whale's body weight is blubber, which is of relatively low density. Consequently, unlike many other species of whale, dead individuals floated, which made it easy for the whalers to kill and process hence, the name ‘Right Whale’ because the Basque whalers considered them the “right” whale to kill.

The Right Whale was formerly common on both sides of the North Atlantic. It appears to be effectively extinct in the eastern North Atlantic. The current population is of about 300–350 individuals off the east coast of North America.