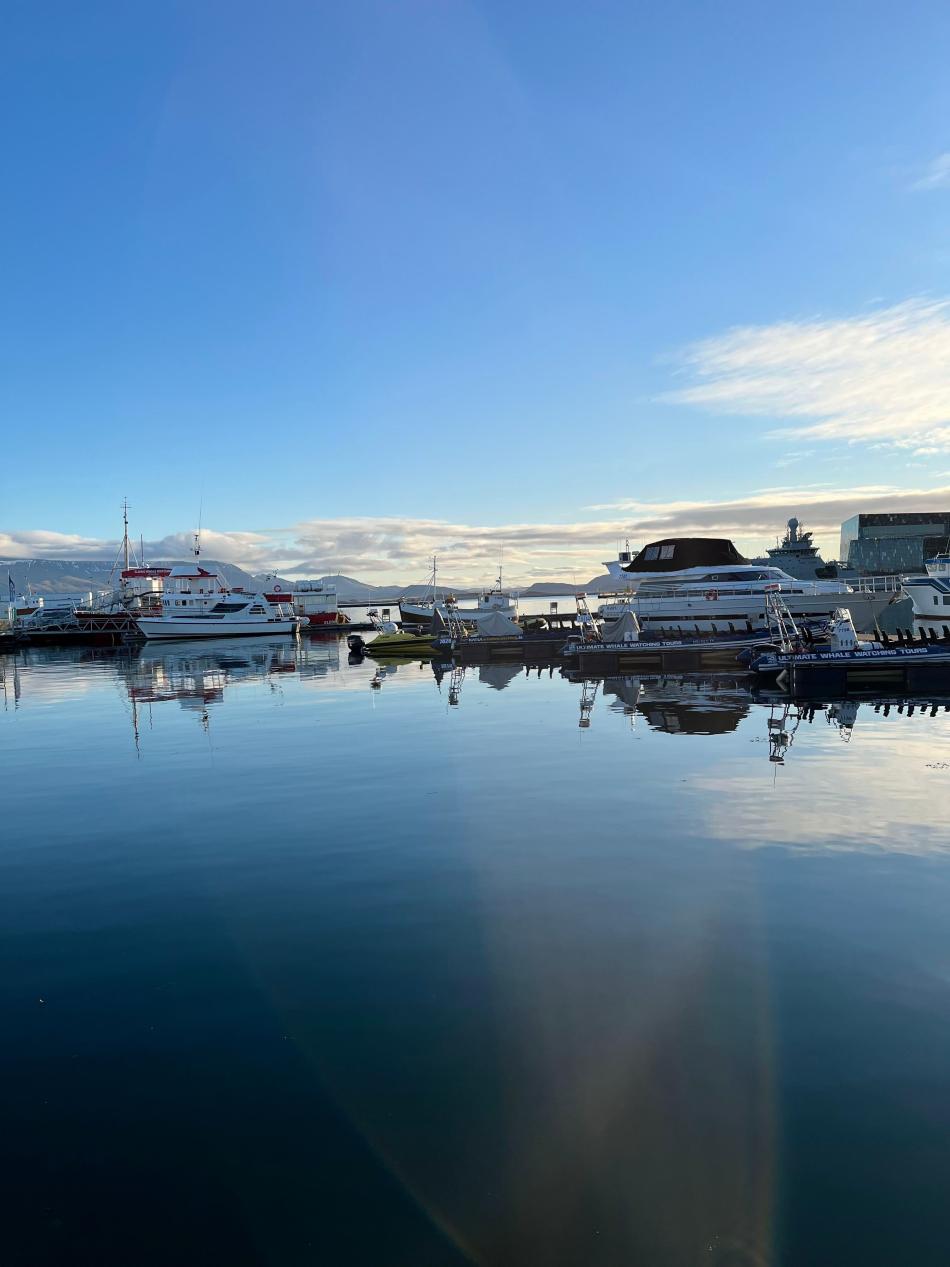 Today we will be operating on our lovely vessel Eldey for the 09:00 and 13:00 Classic Whale Watching tours. Make sure to dress appropriately for the tours as it is always colder on sea than on land.

Report from Eldey: We left the harbour with the east wind in our favor. The snow-capped mountains gave us a spectacular landscape. The sea was a bit choppy but the navigation was very pleasant. Our extremely curious passengers assisted in the search for cetaceans and asked multiple interesting questions. In the distance some blows could  be seen, they were three humpback whales! We have been seeing these 3 humpback whales for almost two weeks. One of them we already recognize it, we call it Homer Simpson. This sighting was truly unique: they approached us, began to look at us surrounding the ship. It was not necessary to start the engines because they were the ones following us. When we thought they were going in one direction they would suddenly come back to us to pry again. We returned to port with a big smile, it was an astonishing morning.

Report from Eldey: The afternoon started with a weather quite similar to the morning. We went out to the area where we had seen animals on the previous tour. While going there, we came across a pod of some adorable harbor porpoises, they were 4 individuals. Upon reaching the area, we found a group of 5 white-beaked dolphins, which after seeing them for a while disappeared into the waves. We continued the adventure and in the distance we saw big blows, they were blows from the 3 humpback whales that we had seen this morning! First of all we believed that there were only two, but suddenly a third one appeared on the scene. As they were looking at us, they approached the boat and inspected us from all sides. The blows that seemed gigantic in the distance now seemed quiet and curious breaths. Suddenly, several dolphins surfaced along with the humpback whales, but it didn't take long for them to leave. The 3 humpback whales got so close of our boat that some tourist glasses fogged up with their blows. After having a good time enjoying their presence, we decided to return back home. On the way we encountered a third group of white-beaked dolphins. This time there were 7 individuals in total. We realized then that some had some very interesting markings on the dorsal fin. Some swam relatively fast, others surfed, and there was even one that delighted us with some jumps. Almost reaching the port we saw giant blows again. It was another humpback whale. Shortly after seeing it we saw it showing us its tail, a great farewell very vivid. Moments that make us rethink how important it is to care, respect, be surprised and empathize. A beautiful afternoon.