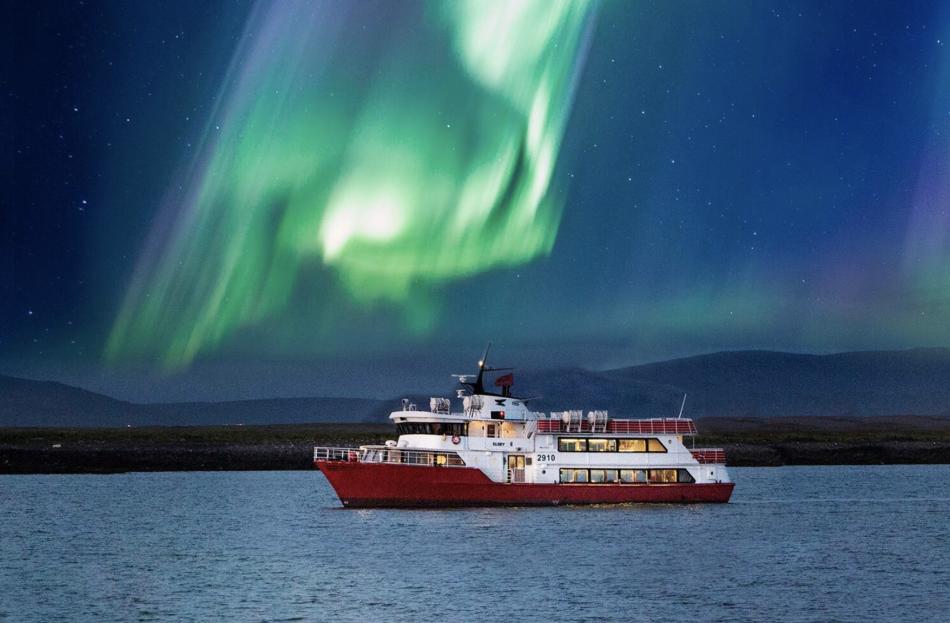 Tonight we are expecting an aurora activity of 2/9, E 5m/s and 6°C. Moon is currently at waxing crescent and 0% illuminated. Partly clouded skies are forecasted in the area tonight.

Report from Eldey: The weather was perfect tonight after the storm of the day before, with almost no clouds, little wind and calm seas. The moon was not present, which allowed for perfect northern light sighting conditions. As we sailed out of the harbor, we immediately saw some faint lights in the sky: the northern lights were very dim and looked like bright clouds. It was necessary to use the eyes of a camera to see that they were indeed aurora borealis. After a while, the lights became a bit stronger and we could see them dancing. However, they continued to be relatively dim. While sailing in the bay we also had the opportunity to see the Imagine Peace Tower from up close, and to admire the constellations of Cassiopeia, Perseus and Auriga.